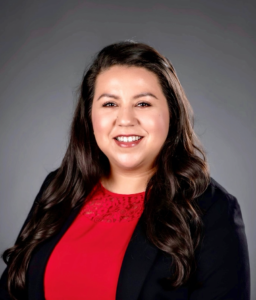 Imelda Ojeda is a social worker, immigrant, and community servant with years of experience working in the social and behavioral health systems. Imelda was born and raised in Guadalajara, Mexico and after completing high school decided to move to Arizona to pursue higher education. As a Social Worker and public servant, Imelda strives to continue fostering her passion and career in the public sector to address the unique needs of the Southwest population.
She holds a Bachelor’s in Psychology and a double Master’s degree in Social Work and Public Administration from Arizona State University. Imelda currently works for a national children’s charity organization, is an instructor at ASU School of Social Work and the founder of a grassroots community space for social workers in Arizona (AZSWN). Imelda strives daily to give back to others and to pay forward all the opportunities she has been privileged with through volunteering, mentoring, and organizing social justice efforts in her community. She has been volunteering with PACH since late 2019, and joined the board in April of 2020. 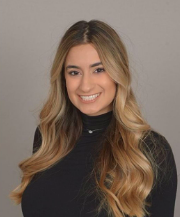 Gina began her journey at PACH as an intake specialist assessing patients prior to their clinic visit. She quickly fell in love with the diverse services PACH offered and strived to become more involved in the community of volunteers. In October of 2018, Gina joined the Board of Directors where served as Secretary and assisted with grant funding, volunteer recruitment and administrative tasks. Gina hopes to continue her involvement in the advocacy of health resources in marginalized communities.

Gina graduated with her Bachelors of Science in Medical Studies and plans to pursue medical school. In her future, Gina hopes to be a physician researching barriers within the healthcare system and providing clinical care to patients. In her free time, Gina enjoys snowboarding and being outdoors. 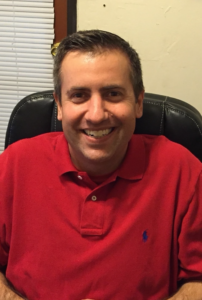 Jay is the Director of Finance & Administration of for Andre House of Arizona.  After 12 years as an Internal Audit Manager and Manager of Technical Accounting for Illinois Tool Works, Inc. (ITW) and 2 years at Deloitte & Touche, Jay left the for-profit world to become a Core Staff Member at Andre House of Arizona for 2 years, living in intentional community and serving on the front lines of Andre House’s dinner (soup line), clothing, showers and other basic hospitality services to Phoenix’s homeless community.  He then signed on as the Andre House Director of Finance & Administration, a role in which he has served for more than seven years.

Jay is passionate about economic justice, housing security, and the rights of people who are experiencing homelessness.  He joined the PACH Board of Directors in August of 2019.

Dr Neyra works as a clinical/interventional nephrologist in Downtown Phoenix.  She is passionate about her work and about helping the Arizona community. She enjoys hiking, sewing and spending time with her family.

Dr Neyra completed a residency in Internal Medicine at Albert Einstein Medical Center, as well as Nephrology training at Vanderbilt University, as well as San Marcos University in Lima, Peru.  She has been an ally to PACH for many years, formally joining the board in January of 2021. 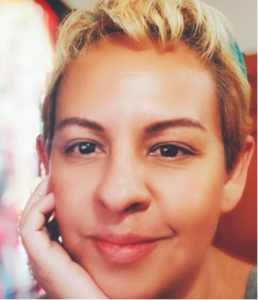 Yashira Rodriguez is originally from Gomez Palacio Durango Mexico, living in Phoenix Arizona for the past 17 year.  Yashiras concern for the immigrant community led her and her husband to become members of the organization No More Deaths. After that Yashira volunteered for 3 years with the American Dream Academy and Stand for Children, working with parents of kids at Title 1 schools all over the valley.

Yashira has been a PACH volunteer since the very beginning, and joined the Board of Directors in December of 2020. 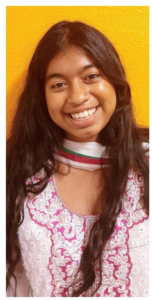 Nargish began her involvement at PACH in the Community Outreach Working Group and is currently a medical scribe at the clinic.

She formally joined the Board in July 2019 as a Board Member At Large. With her newfound role as Secretary, she is devoted to continuing her administrative efforts in allocating funding to PACH and expanding volunteer programs in conjunction with her clinical duties. Committed to creating positive social and health impact in the community, she is involved in various spaces including diversity and inclusion, food and water insecurity, and research.

Nargish graduated from Arizona State University with a BS in Biological Sciences and aspires to continue her pursuit of health advocacy and health justice in marginalized communities as a future physician. In her spare time, she reads books, listens to podcasts and watercolor. 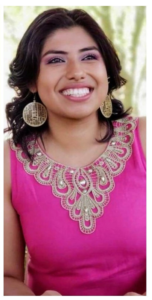 Jessica was born and raised in Santiago de Querétaro, Mexico. At the age of 14, she relocated to Phoenix, Arizona. Jessica became a neighborhood organizer in 2011. Over the years, Jessica has been involved in different roles in the electoral process. She has worked in national and local campaigns, as well as nonprofit organizations focused on creating a more just and equitable society.

Jessica graduated from Grand Canyon University in 2015 with a Bachelor’s Degree in Secondary Education with an emphasis in Math and Business Administration. She has extensive experience in Nonprofit leadership, having worked with such organizations as HealthCare Rising, Center for Neighborhood Leadership, and Academic and Leadership Accelerator for Service (ALAS), Solidarity Strategies, and Mi Familia Vota.

Jessica believes that by expanding access to higher education, increasing the number of people civically engaged, and opening avenues for people of color to participate in the political process, we will form the foundation of personal success and community empowerment.  Jessica joined the Board of Directors in July of 2019.

Lily became the Director of Sustainability in 2021. During her time at PACH, she has had the honor of serving as a Community Outreach Working Group member, Assistant Director of Fundraising and Sustainability, and a Board Member At Large.

As a future physician assistant, Lily is passionate about bringing justice to healthcare, especially for medically marginalized communities. Lily has had varied experience in the medical field—volunteering in local hospitals, working as a medical assistant, and shadowing the healthcare system overseas. In her free time, Lily enjoys yoga and spending time with family. Lily is a native Arizonian who keeps close ties with her Polish roots. 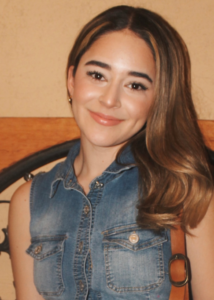 Marilyn Baez: Board Member At Large

Marilyn was born and raised in the small border town of Douglas, Arizona and relocated to Phoenix, Arizona when she was 10 years old. She is studying Biological Sciences at Arizona State University; her goal is to serve and advocate for marginalized communities as a physician.

Marilyn is deeply involved in supporting marginalized communities, both here in Phoenix, and in Agua Prieta Sonora. She is passionate about health-justice and food security.

Marilyn started at PACH as an Interpreter in January of 2020 and soon thereafter earned the position of Food Bank Coordinator. She joined the board of directors in December of 2020.